It’s the space where I do all the play things in my life. Coding, writing, making slides etc. As well as Lego, gaming, watching TV etc

I wanted to make it feel cosier, more structured & reduce the visual noise 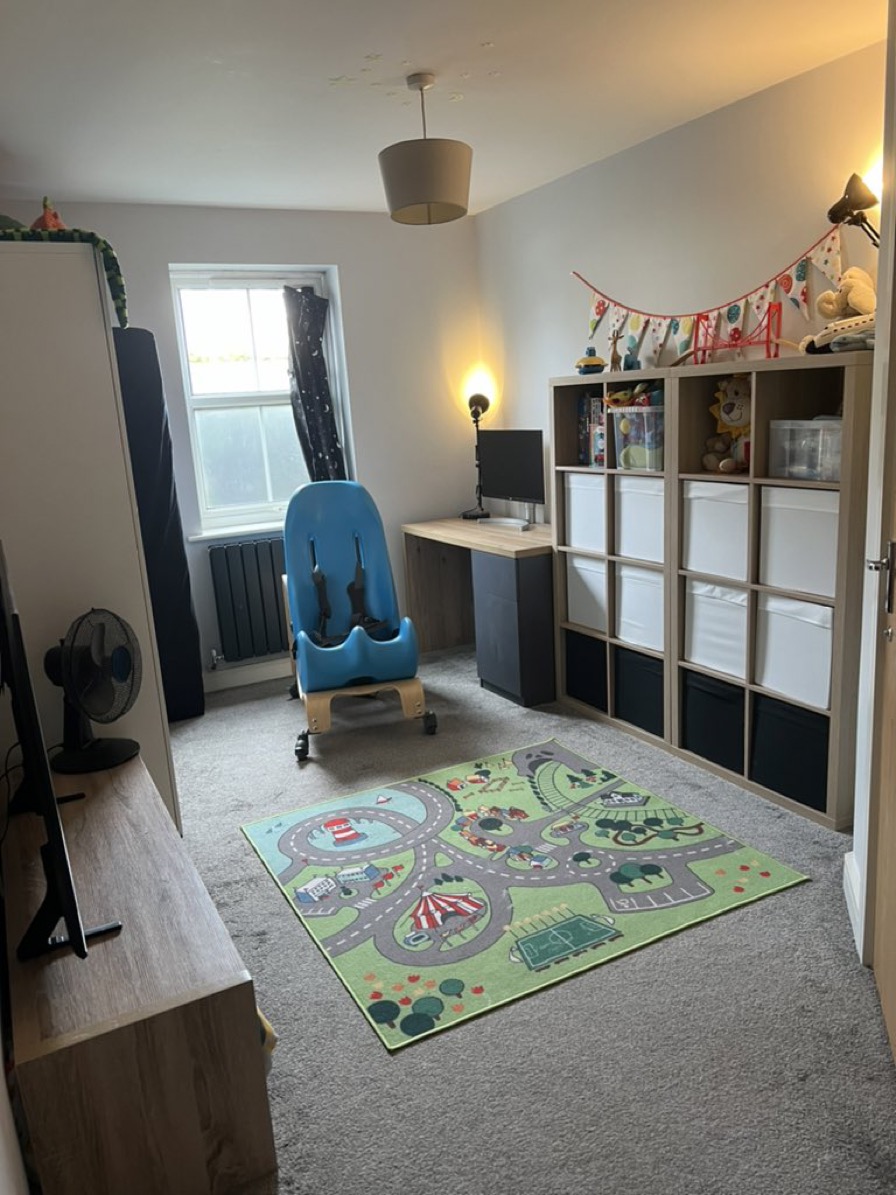 Image caption: Jamies redesigned playroom. A medium sized room with tall cube bookcases and a desk on one side. Tall wardrobes and a low TV stand on the other side. In the middle is a big play matt and at the back is a blue squishy adaptive chair.

I worked out that part of why I was uncomfortable was because I was often the tallest thing in the room. I felt exposed & vulnerable. The space felt too open.

To create cosier space, I’ve put the bookcases on their ends so they are taller than me. Combined with the tall wardrobes this creates a nice cosy feeling when sitting beside them.

It also helps with structure. 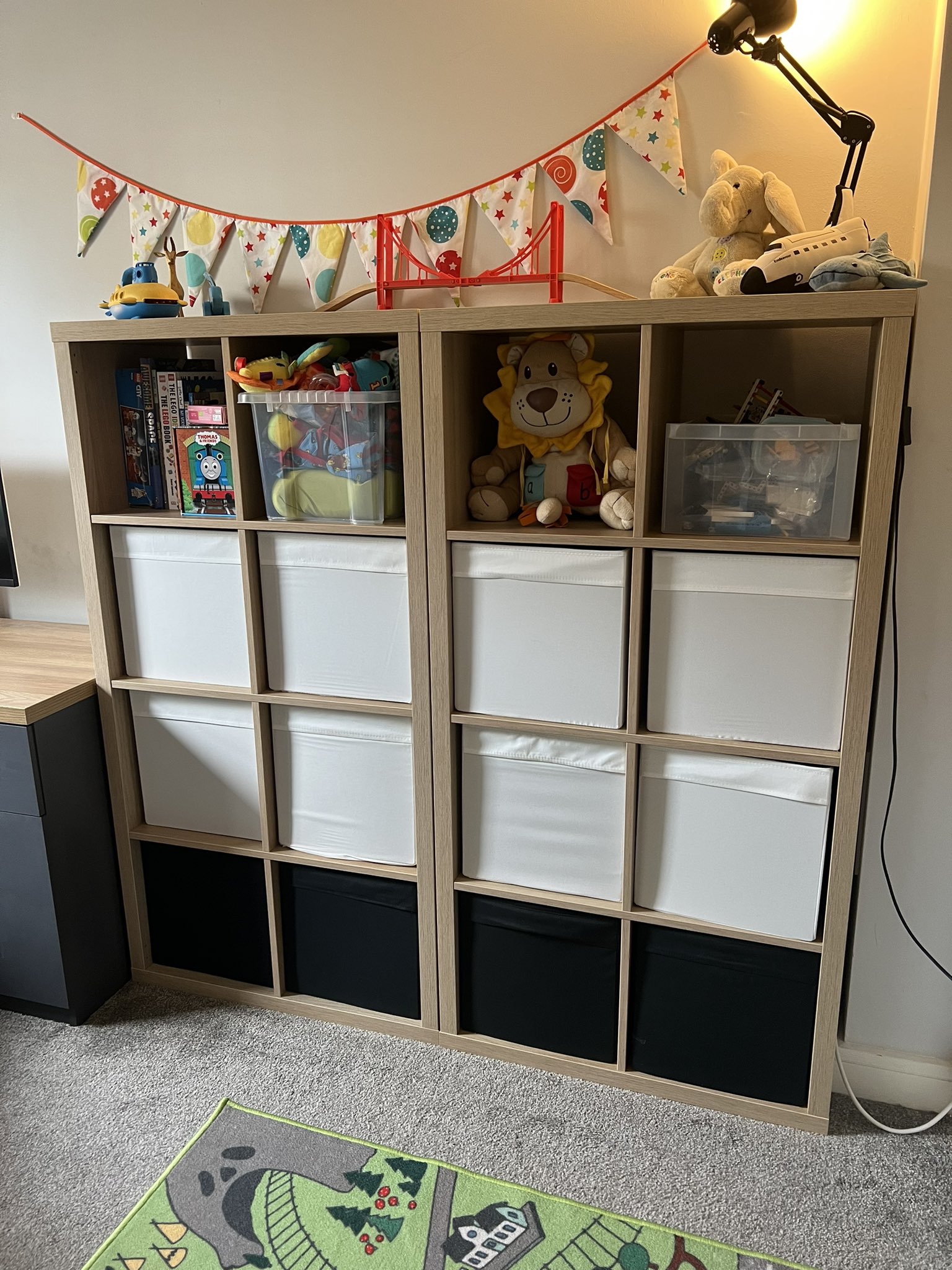 image caption: The tall bookcases at one end of the room. There are 8 white cubes 4 black cubes in the bottom three rows. The top row contains books, sensory toys, a plushie and an in progress Lego model. 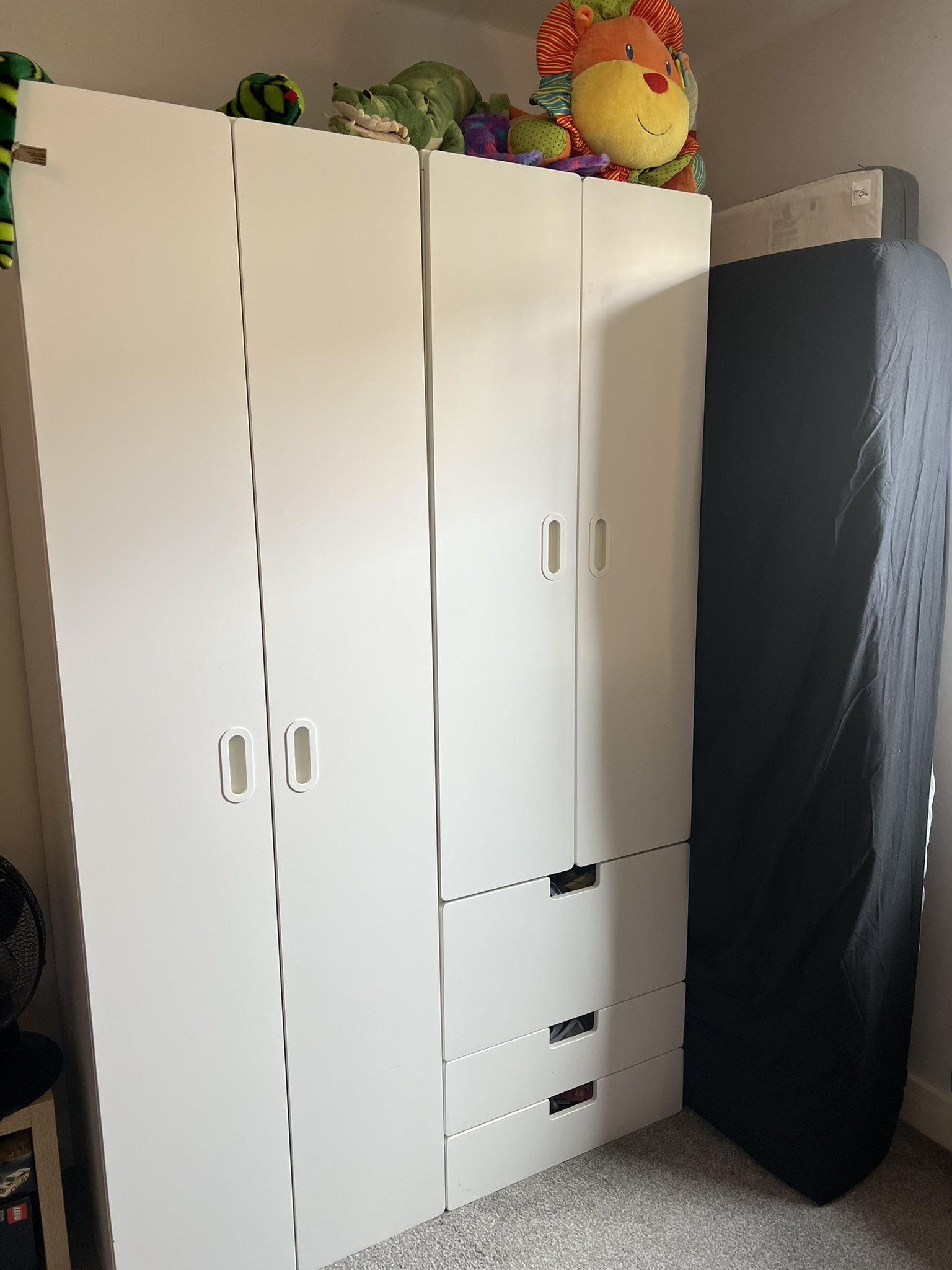 image caption: A pair of tall wardrobes with plushies on top. Beside the wardrobe is a space to store the two different mattresses which are used for seating and as a guest bed when folks stay the night.

The room is structured around two areas:

The far end is for doing Mac based stuff. I can use the Mac Studio at the desk with the buggy, or sit on the squishy blue seat with a MacBook facing into the room.

As it’s a dedicated space I can leave stuff out overnight & save energy from moving stuff.

I’ve chosen to focus on the Macs as that’s the bit that drives the design. What I’m doing on the Macs is less important than the fact I’m doing it on a Mac. I don’t find it useful to distinguish between paid work and my own projects. It’s all just play.

An upcoming project is to create a new adaptable desk. I’d like to be able to use the new desk from either the buggy or the blue squishy chair, maybe even from a beanbag. 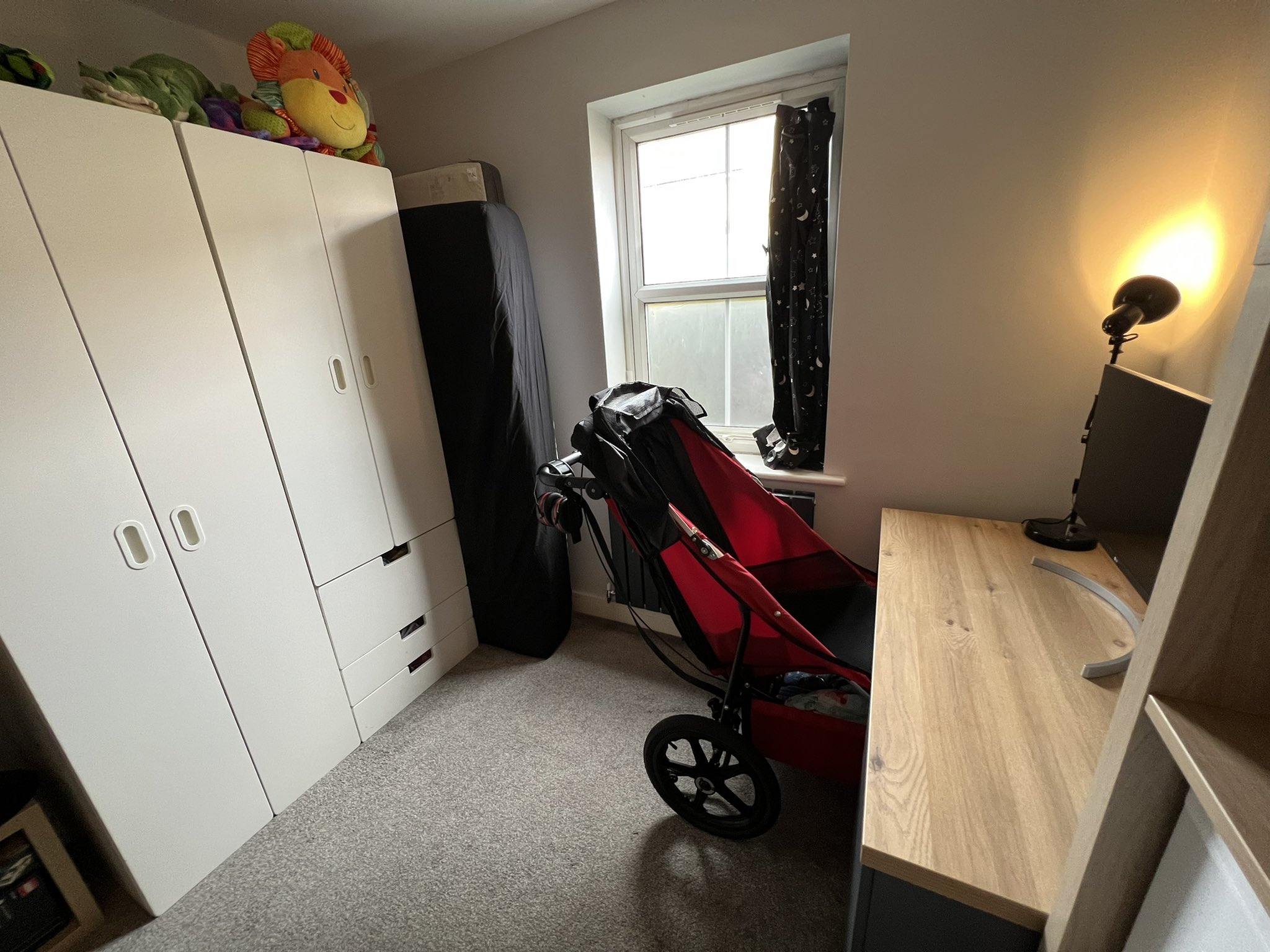 Image caption: The Mac end of the room with the buggy at the desk 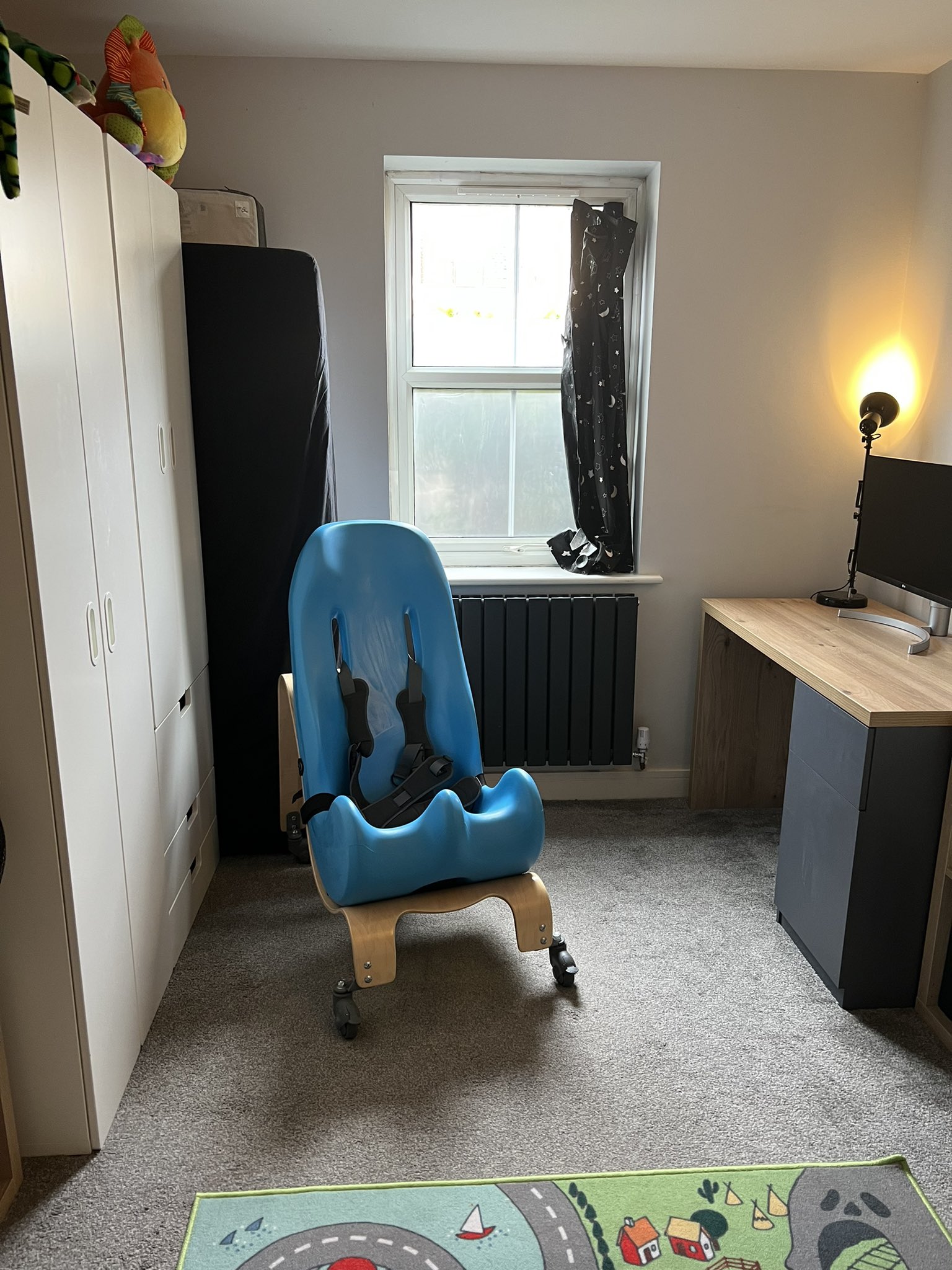 Image caption: The Mac space setup for working on a MacBook in the squishy blue chair facing into the room. The tall wardrobes are to the left and the desk is on

The middle area is for play & gaming. All my Lego & toys are close to hand. The TV is low down to open up lots of seating options. I can sit on the blue seat, beanbag or a mattress on the floor.

The seating I’m not using goes into the en-suite bathroom so it’s not in the way. This keeps the space physically safe as I can move around without tripping over things. It’s easy enough to swap stuff, or bring things out when friends visit. 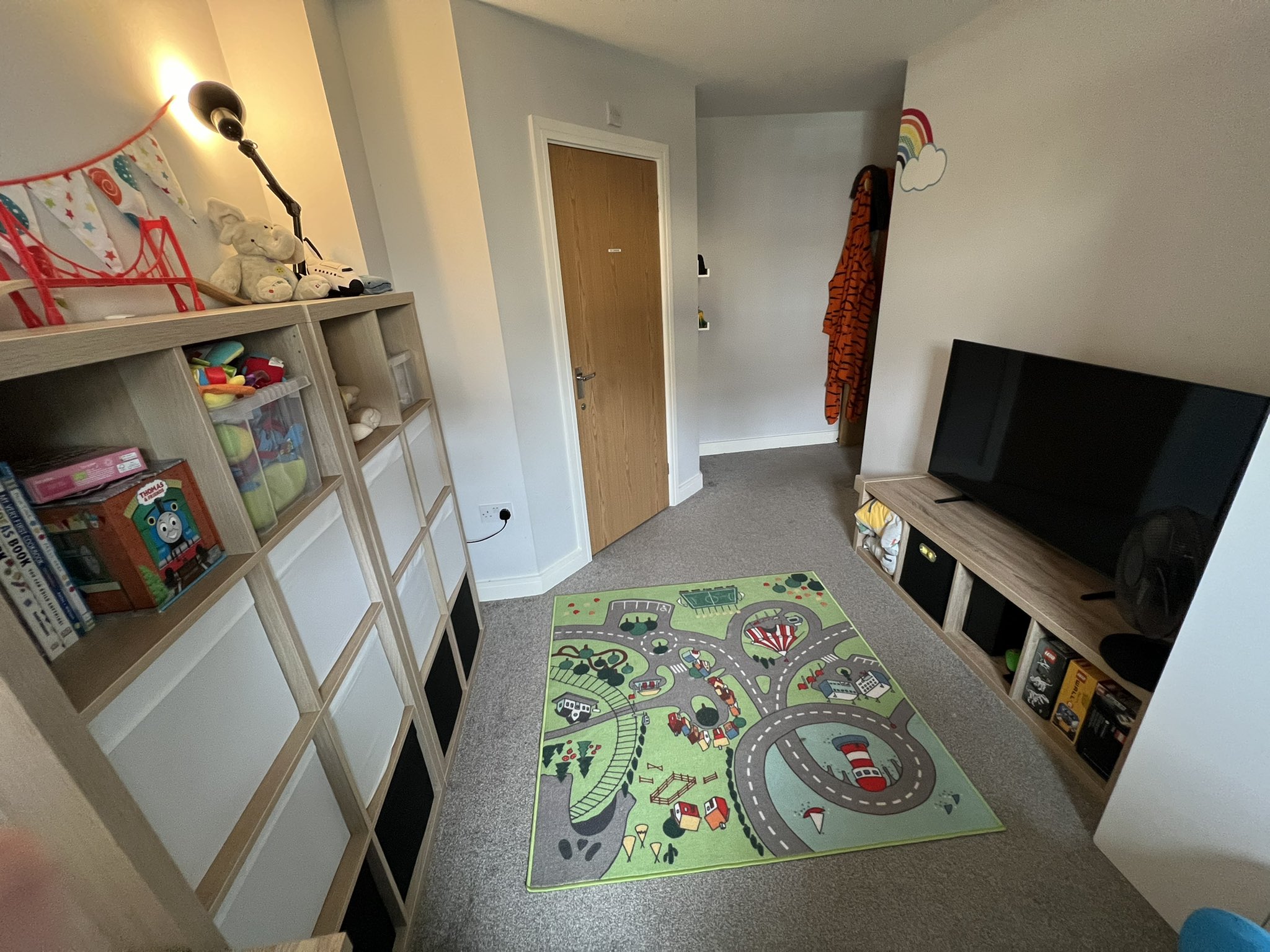 Image caption: A wide angle shot of the play area. Bookcases with toys etc down one side. A big play matt in the middle and the TV low down on the opposite side. The TV is pushed back so it’s a little more protected. 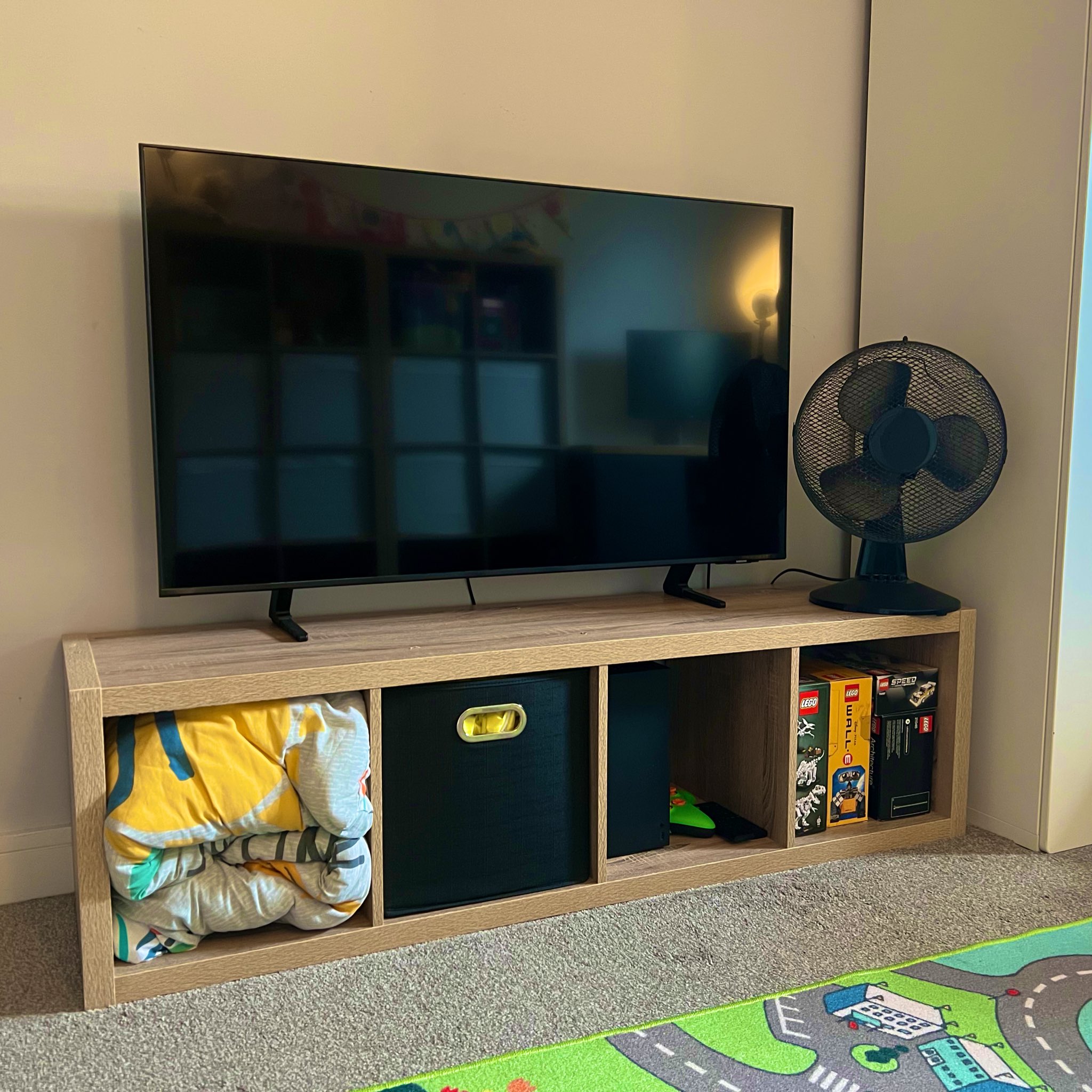 Image caption: The TV and a small black fan is sat on top of a 1x4 cube bookcase laying on its side. The cubes contain a folded duvet, a box of bedding, an Xbox + controller, and some boxes of Lego.

So that’s making it cosier & improving the structure. The last bit is tackling visual noise

In a cluttered space I find it hard to focus & it burns bandwidth. I can’t get into my flowy attention tunnels as easily.

It’s also a problem with my vision loss. The details get lost and I end up with a big blurry mess in my vision. It can be very confusing. If I put something down it’s easy to loose it in the clutter.

This design hides stuff from view. The Mac, tech stuff, toys & unused furniture all have places to go when not in use. They are easy to get too, without being always visible. 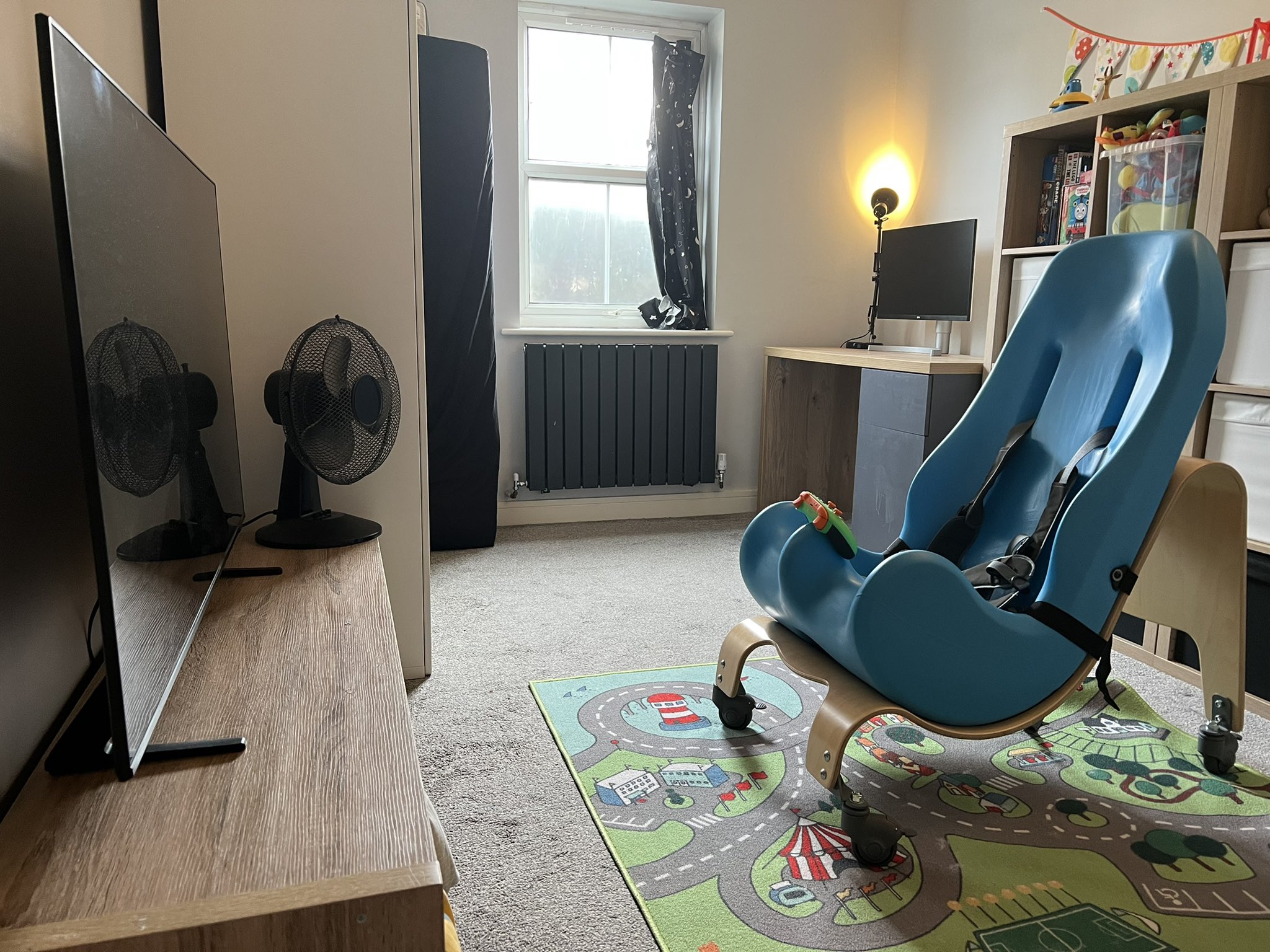 Image caption: The blue squishy chair setup for gaming with an Xbox controller facing the TV

While I don’t think want things to be always visible, i do want to be able to find things without having to remember which box is which.

To make that easier, my next step is making some colour coded labels for the boxes so I can tell what’s in each box

A few cubes are also reserved for in progress projects so I can start & stop as needed.

The last detail to help with visual clutter is the lighting. The room has smart lights pointing upwards to avoid glare. I also use the colour changes to help me move between parts of my day. With one colour for gaming and another colour for coding etc. 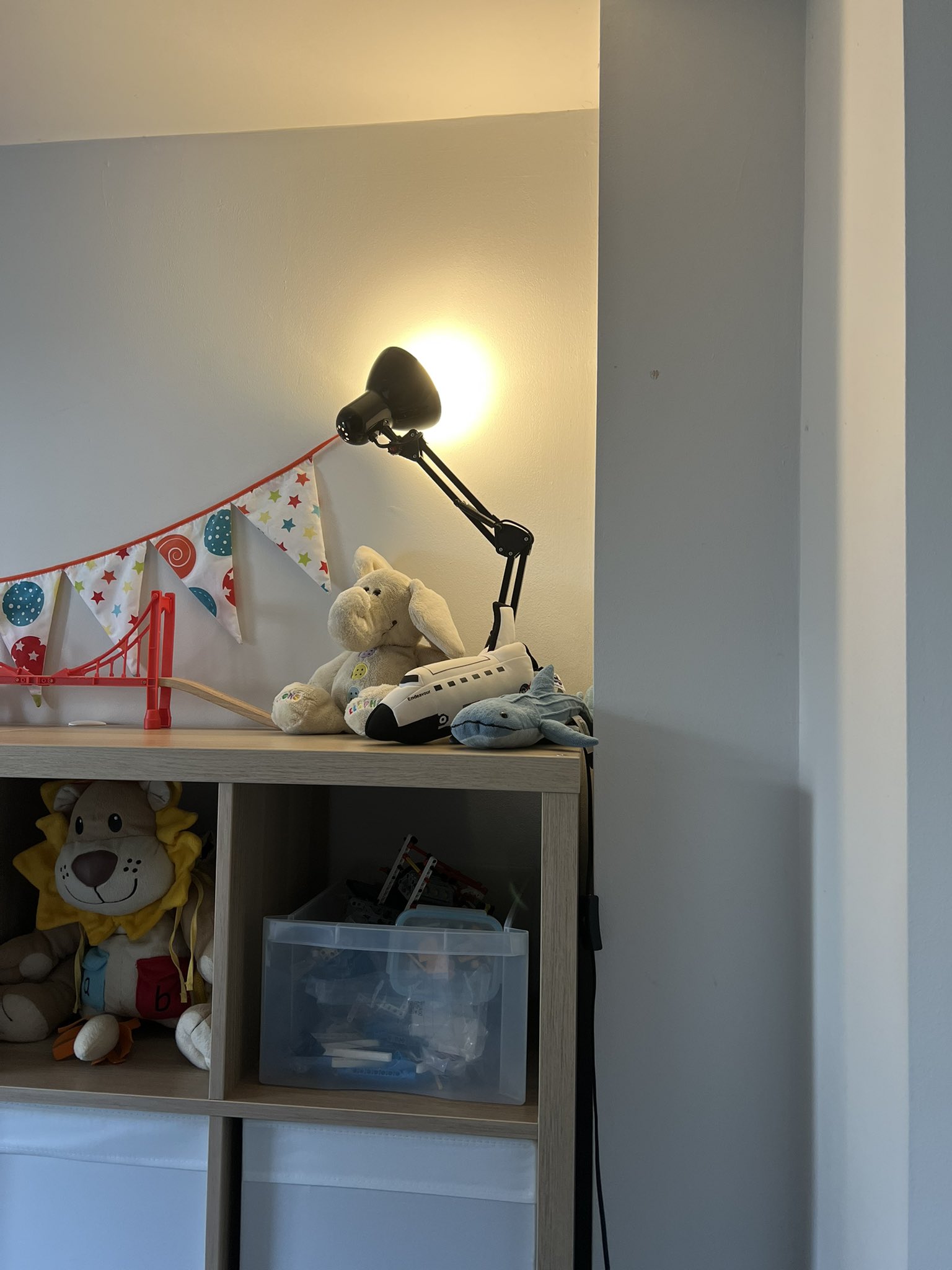 Image caption: One of the room lights on top of a tall wardrobe. It’s a Phillips hue colour changing smart light and it points upwards into the corner of the room. It gives a diffuse light which minimises glare and odd shadows.

The playroom is half my world. I’m in this room or my bedroom for all but a handful of hours a week

We then engineered & experimented to see what worked best and to develop an understanding of why.

I’m very happy with how it turned out It’s accessible to me. It meets my sensory needs, my physical needs & all the different ways I have to sit 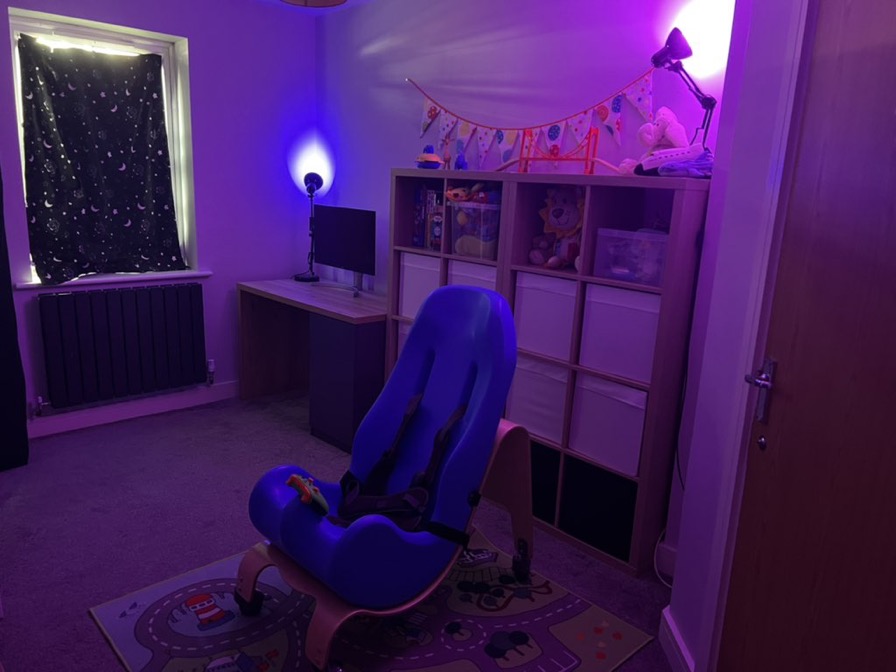 Image caption: A pic of the room with the blinds closed, the lights set to purple and blue which is very cosy and fun.